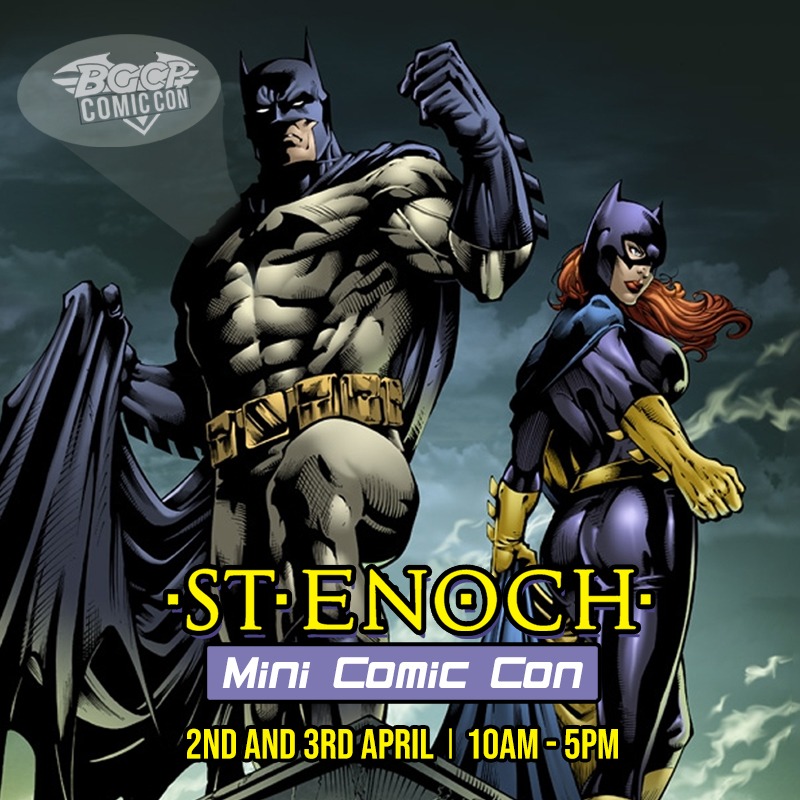 A weekend of comics, toys, Cosplay, gaming, workshops and more.

BGCP Comic Con was started as The Big Glasgow Comic Page back in July 2012 mostly out of boredom and trying to find more Comic Fans to speak to, The Facebook Page gathered likes extremely fast as there wasn’t anything like it at the time and eventually this led to a Comic Book Group, Pub Quizzes, Tournaments and eventually a Comic Book Market.

We organized BGCP Comic Markets for several years until we had outgrown the smaller venues in Glasgow City Centre so set out to run Comic Cons in and out of Glasgow and further over Scotland including East Kilbride, Rutherglen, Loch Lomond, Dunoon, Aberdeen and countless more towns and cities.

Order tickets for St Enoch Comic Con – All Ages Ticket and BGCP Comic Cons in and around Glasgow Scotland – BUY TICKETS
Check out all of our Comic, Movie, Television and Videogame Reviews HERE